On November 12, 2020
by Danae Agamao
in Job
Comments Off on Motive of team building activities
Spread the love

The term team building is itself has its definition of teamwork.  Though all work carried out individually has its strength and weakness, whereas every work which is performed with proper Team Building will always succeed. Every work acquires team effort. Even though it is carried out by each individual it has to be put together as a team to form the output. The output is acquired immediately or lately, but it is always fruitful. 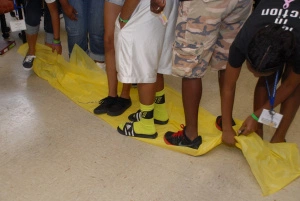 Every type of work will involve this management technique of team building which involves analysis, observation, execution, and performance. The main motive of team building is hard work plus smart work together carried out in the team to archive success. This team-building can be explained in detail with various activities in our day to day life. When a piece of work which is allocated to a team which comprises of different types of people by character, the main challenge lies there. First, the higher-level people should identify the strength and weaknesses of all the team members analysis the skills split the work between them. Then develop strong interpersonal skills and unbreakable trust among the team. By doing so the team collaboration and interaction will be easier and more comfortable. One can help among the group develop communication and creativity level also increases. Various team building activities can be performed to maintain the level of work progress and reduce stress and help to work more freely.

The role of the manager of the lead of the group plays a vital role in team building. The personality of him matters the most in a team. He should be clearer in his thoughts and actions, so whenever the team faces obstacles he should be in a position to solve or find a solution to it. He should allocate the work as per the skills, set goals for each one of them, and consistent monitoring of task completion at each level. In these ways, if any mistakes happen la we can identify and solve it in the early stages itself.

The main aim of team building is to build a strong basement with people’s ability and trust put together to form the everlasting dignity and objective of the organization. There are several activities in team building which involves the below.

Team interaction: To work with a team is always fun at work. The interaction between the team members plays a vital role in team building. When there are more friendly understanding and collaboration the work performed will always be stress-free and fun. To develop the interaction among the team members frequent outings fun games feedback sessions would be helpful, where one can understand and co-relate with the other easily.

Assigning the roles levels and responsibilities: Not everyone can do all the jobs. One person will be good at one task and the other would be good at the other kind of task. So based upon the skills interest and involvement the tasks or roles should be assigned. But this is not the way that the same person should do the same work. Role swaps should also happen where after some time they can switch to another task where they can learn more.